Lumpy, bumpy and decidedly funky. Like a spaceship wrapped multicoloured silk, Turks Turban is the Salvador Dali of the cucurbit world.

Turks Turban is an heirloom squash, having been around since at least 1820 so if you want to avoid F1 seeds and save your own seed this is a good choice. However because of its age it is a little more erratic in size, shape and colour than its younger relations but that adds to the fun.

Taste is good for a larger squash. It is more intense and nutty than butternut but doesn’t have the buttery richness of the smaller Sweet Dumpling or Uchiki Kuri. 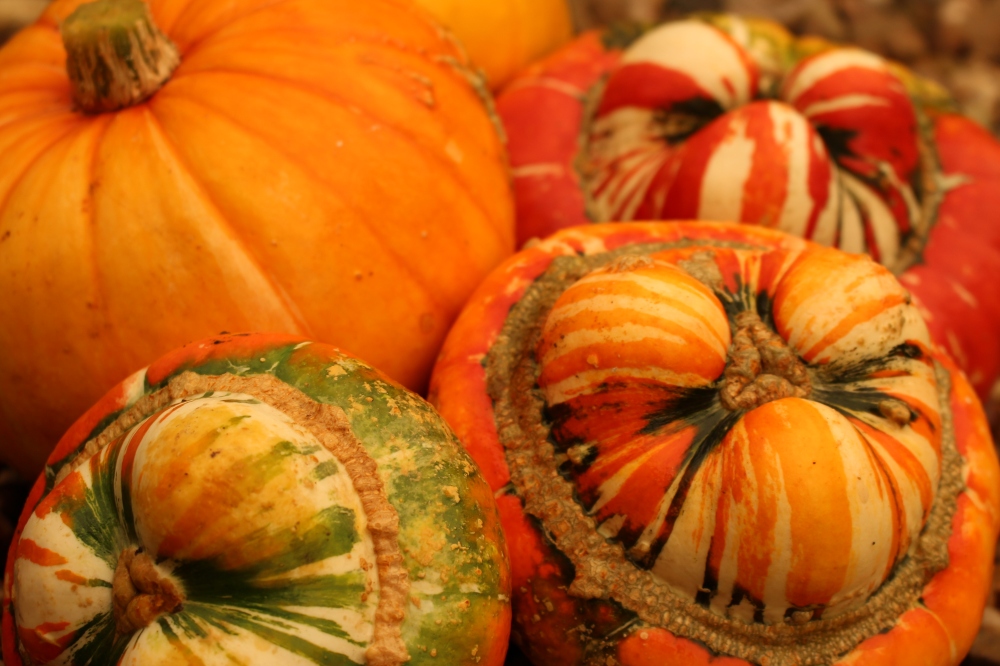 To grow squash, sow in April undercover. I like to sow in root trainers which are long thin pots which split open to release the plant for planting. They are ideal for big seeds or plants that don’t like having their roots disturbed. Fill the root trainer with compost. Push one to two seeds per root trainer about 1.5 cm deep. Water and top up with compost if needed. Keep moist but not damp. If the squash gets too big for the root trainer before you can plant in the ground you will need to plant in to a larger pot. You will probably have to pot on at least once before planting out. The addition of heat in the form of a propagator or warm room when sowing will increase success.

Plant out after all risk of frost has passed, with each plant at least 1 meter apart.  Squash are sprawling plants that like to grow in full sun, in a very fertile but well drained soil, enriched with copious amounts of well rotted manure. Water well at the base of the plant during warmer weather. A stick placed at the base of the plant on planting out can be a useful way of finding the base again once your squash plant has turned in to a monster. Just as it is hard to over water your squash, it is almost impossible to overfeed it. These are hungry plants and will relish weekly feeding. 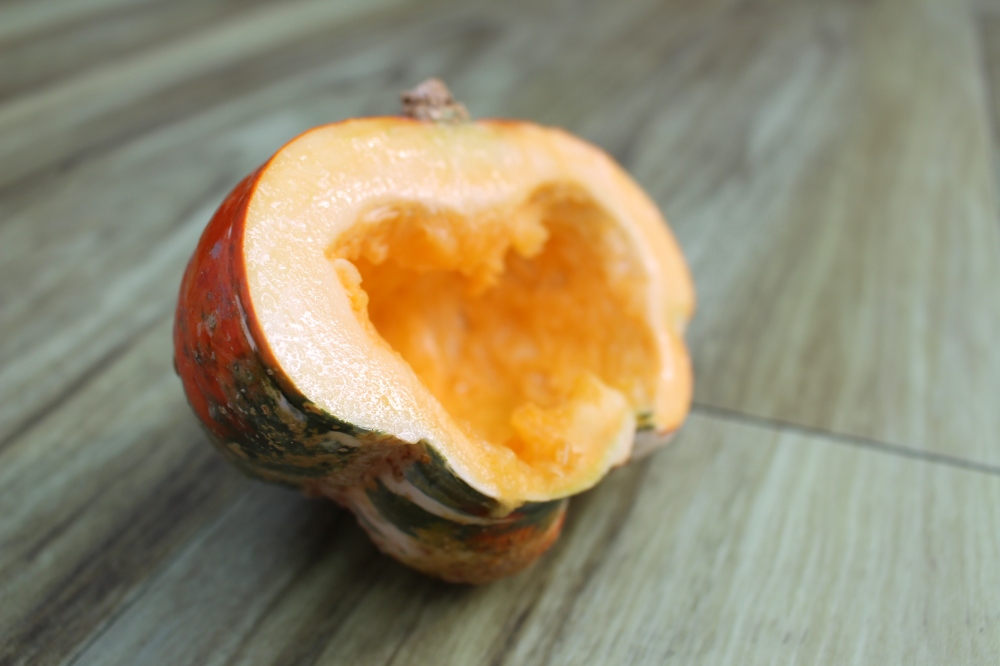 The trickiest thing about this squash is working out how to peel it. Once you’ve managed this, carefully split it with a large knife and remove the seeds. The squash can be roasted, puréed or substituted for butternut in any recipe.

Squashes will grow to 2kg on average and you should get 3 to 4 per plant. The plants are vigorous and robust although suffer if weather is cold and damp soon after planting. Plant out only when good weather is forecast. They may succumb to mildew later in the season but if you remove the foliage the pumpkins can continue to ripen.

Probably. Although it can compete in taste with Sweet Dumpling and Uchiki Kuri it has good flavour for big soups or curries. It’s a great talking point too.