When compared to our continental cousins such as the French and Italians, American food often has a poor reputation in Europe, fairing even less well than my homeland of Britain. From chlorine washed chicken, hormone fed beef and genetically modified crops (all banned in Europe) to the Macdonaldalisation of the world to the “Supersized” generation.  However Amish paste is one supersized American import that is seriously worth looking at.

Originally grown by the Amish community it is an heirloom variety dating back to the 1800’s .  This means that it can be a little variable compared to modern hybrids but for the amateur gardener or cook interested in flavour it is well worth growing.  It’s often spindly and depressed looking plants need good support and you may have to tie in some trusses if the fruit is getting very large.  Amish paste tomatoes are generally oxheart in shape and they can reach hand size proportions.

The flavour is outstanding, superior to even San Marzano. It’s flesh, which contains very few seeds cooks down to a beautiful rich red pulp and is superb for sauces, pasta or puree or anywhere that you would used tinned tomatoes but with a much richer flavour than you can buy in the shops. 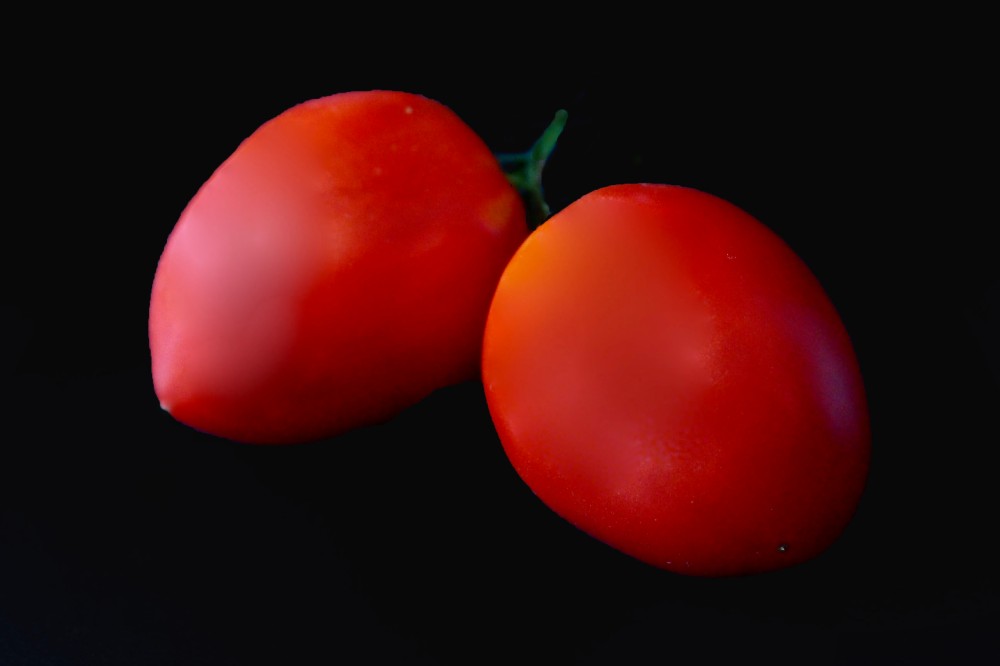 Amish paste is a plum cooking tomato with a fantastically deep and rich flavour. It should be used where you want a tomato that cooks down in to a pulp for example in soups, sauces and passata.

It is a cordon tomato which needs to be trained and pinched out. The plants themselves always look a bit sickly however they are still very productive producing a good supply of extremely large tomatoes over a long season. It is not as high yielding as Roma and San Marzano but is worth growing for its superior taste. 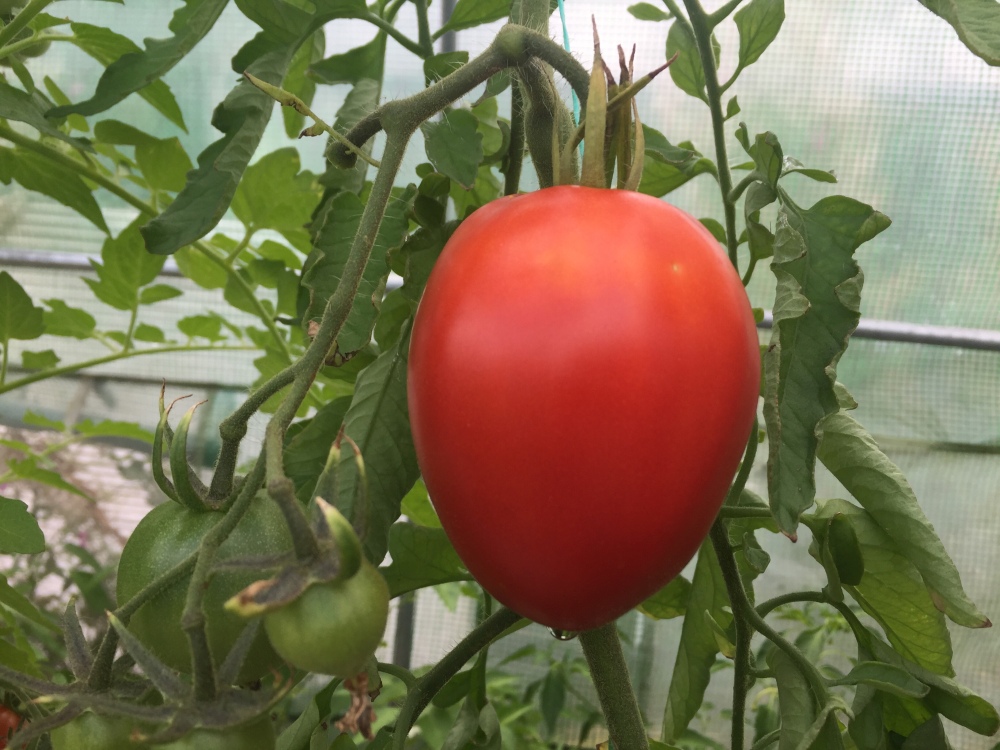 Sow tomato seeds from January (for greenhouse/conservatory tomatoes) to April (outdoor tomatoes) and keep at a temperature of 18 a 20 degrees c. Germination should take 7 to 14 days.

I sow 6 seeds in a small seed tray, making sure there is at least an inch between  seeds. I then cover with half a centimetre of vermiculite, water and place in a heated propegator in a location that receives plenty of light.

Once your tomatoes sprout the challenge is to give them sufficient light to stop them getting leggy. A sunny window ledge in a cool room, a heated conservatory or greenhouse kept above 12 degrees c are ideal. You will need to turn tomatoes grown on a window ledge often as they will grow towards the light. You can also use LED grow lights to supplement the light they get. Gently blowing the leaves daily may also encourage them to be more stocky.

When the seedlings are large enough to handle (2-4 leaves), transplant into individual 3 inch pots. Pot on as required.  Plant out, 2-3 ft apart after al risk of frost has passed.

Cordon tomato plants require support from about  4 inches. They will then need further tying in as the plant grows. Pinch out the side shoots that grow between the stem and the leaves before they reach 2cm long. Take the tops off outdoor tomatoes after two trusses have set fruit. In unheated greenhouses after 4 trusses and in heated green houses, stop in September to allow remaining fruit to ripen.

When tomatoes are young keep the soil moist but not damp. Water from the base to reduce humid you around the leaves which encourages blight.  As they start to fruit you will need to keep them consistently watered, daily if necessary to prevent fruit putting sudden spurts of growth on and splitting.