Whilst many vegetables could be considered attractive to look at, one or two could be considered works of art. Turks Turban is one and borlotti beans another. These Italian beans have pink and white splashed outer pods hiding several rich creamy white beans with a Jackson Pollock of purple, pink or red splashes. They are a beautiful as well as being an easy to grow and delicious addition to your allotment.

When you harvest, the pods should be completely dried out. Remove the bean seeds from the pods and you might want to give them some additional hour in a dehydrator or an oven on its lowest setting with the door ajar just to make sure they are dried out. Then store in an air tight container where they will keep for at least a year.

Raw beans can be toxic so make sure you follow the instructions below. 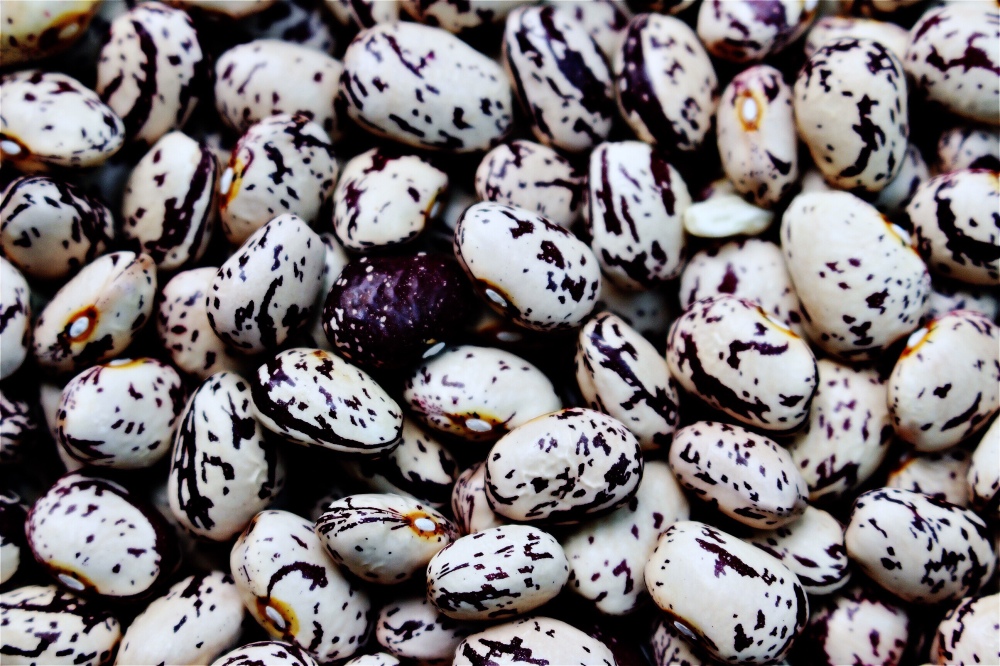 Use borlotti in hearty soups and stews and as a replacement for haricot in the French classic cassoulet. You can also use them as a side dish or as part of a salad, cooked with some herbs (rosemary and winter or summer savoury are ideal), some garlic and olive oil. They will loose most of their lovely colouring when cooked.

To cook dried beans, cover the beans in double their weight in water and soak for at least seven hours.

Discard the water and place in a heavy bottomed pan with double their volume of water. Bring to the boil and boil for ten minutes.

Cover and simmer on the hob or in an oven heated to about 160 degrees C for roughly an hour until the beans are soft. If using a pressure cooker follow your appliance instructions. Add the fully cooked beans to your chosen dish at the end of cooking or follow the recipe.

Do not be tempted to eat undercooked beans of any sort as they can be toxic. Do not cook dried beans in a slow cooker as the temperature is insufficient to destroy the toxins.

Borlotti are easy to grow in the UK and don’t suffer much from pests or disease although slugs may target young plants and black fly may be a problem in bad summers. Pinch out and destroy any affected tips.

Sow indoors no more than three weeks before the last frost, 5 cm deep in root trainers or a 9cm pot. Once all risk of frost has passed, harden off the beans by placing outside during the day and bringing in at night or placing in a cold frame and lifting the lid during the day. Repeat for a week. Plant out, 15cm apart and 60cm between rows.

Alternatively sow directly in mid May.

They will need a trellis or other support up to two metres high. You will need to tie them to the support at first but after that they should climb up themselves.

Remove the tips once the beans have reached the top of the support. Keep well watered and in July mulch with compost.