The origins of bruschetta are ancient, dating back probably to Roman times if not before and was either a way to revitalise stale bread or in it’s most basic form, bread, fire toasted with olive oil, a method to test the quality of olive oil. In London it, along with sun-dried tomatoes became super fashionable in the late 1980’s and early 90’s soon after the River Cafe (a famous Italian restaurant in London) shot to fame.

So therefor save the bruschetta and grace your dinner and party tables this year with this tasty and quick appetiser / canape! 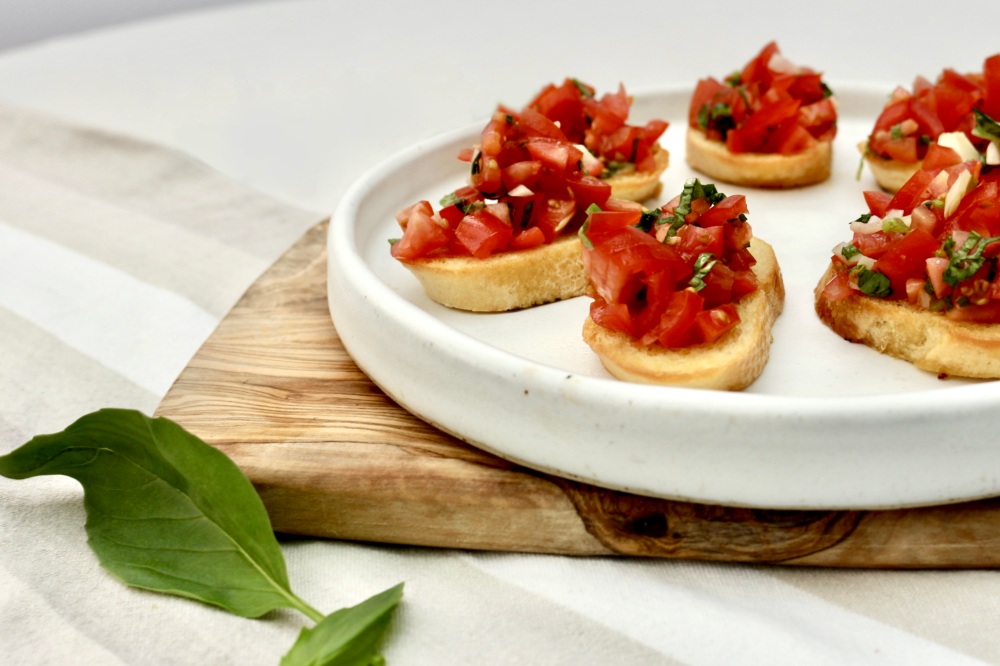 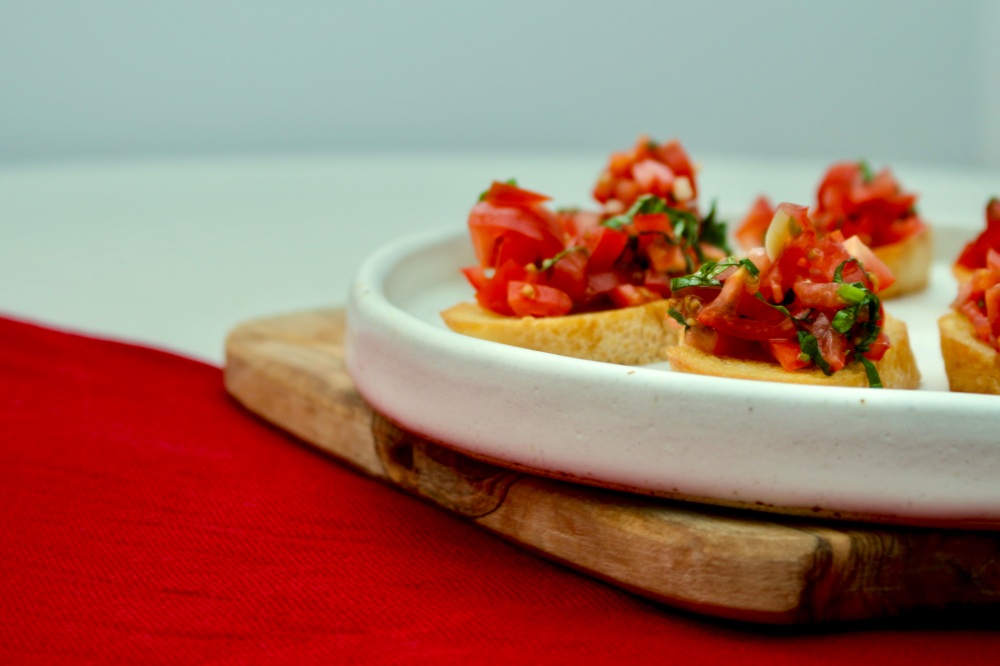 Time: Half an hour

Finely chop the tomatoes, season with a little salt and pepper and refrigerate until required.

Cut the bread in to pieces that can be consumed in one or two bites, and just under 1 cm thick. Cutting on the diagonal will look more attractive.  Rub one side with the clove of garlic.

Heat a griddle pan on to a high heat and char a handful of  the bread pieces on both sides. Drizzle with a little olive oil and place in the oven to keep warm whilst you cook the remainder in batches.

Once finished, turn off the griddle and remove the bread from the oven. Top with tomatoes and finely chop some basil which you sprinkle over just before service.