If, like many people, you have a small garden or even just a few pots on a balcony but still want to grow vegetables you many turn to the idea of a potager, an ornamental kitchen garden.For a potager you need varieties that not only taste great but look fantastic as well.

Blauhilde, an heirloom German climbing bean is one of those vegetables that would look fantastic winding it’s way over an ornamental arch, trellis or obelisk, it vibrant pink purple flowers contrasting beautifully against it’s deep green leaves, flooded later by deep purple pods which, for a very old heritage variety are remarkably straight, long, stringless and abundant. The plants themselves are extremely heathy and did well despite an indifferent summer. 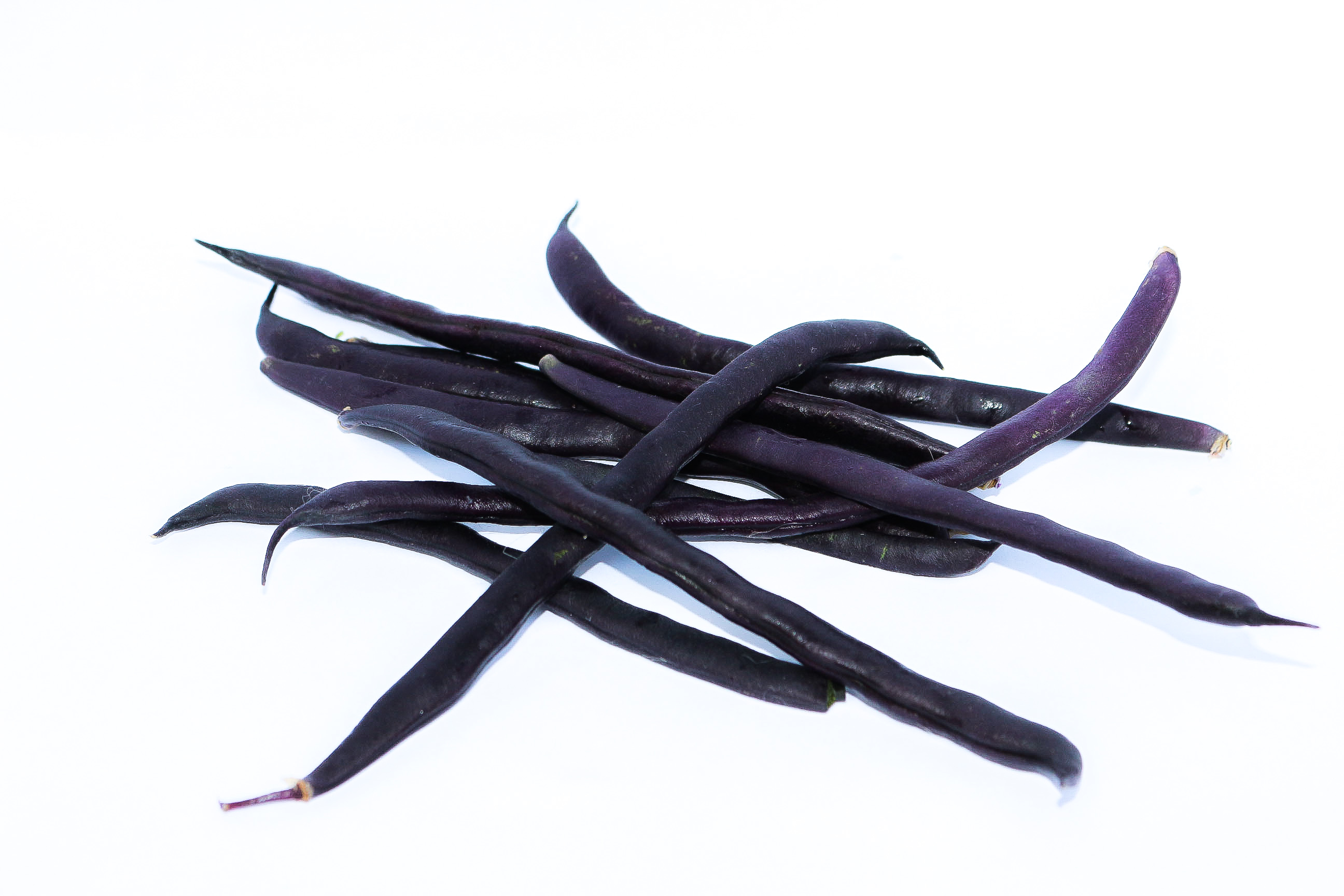 The beans will  loose their purple colour on cooking but lightly stir frying, steaming or microwaving may keep some of the tint. They have a good flavour and can be used anywhere that you would use French, Snake or Kenyan beans.

I was surprise at how well this heritage variety stood up to the extremely wet and cold summer we had. They far out performed the three modern varieties I had and kept going all summer without the need to have additional sowings.

French beans are not hardy so in the UK they cannot be planted out until the last frosts which is usually around the end of May or early July. They will sulk if planted out too soon and subject to cold and wet weather.

In mid to late May, using root trainers or 3 inch pots, sow two beans per module, 3cm deep. Water, cover and leave to germinate in a warm sunny spot. The beans will start to show themselves after a few days. When all the beans have germinated you can start to harden off by taking outside and putting in a sheltered spot during the day and returning indoors overnight for a week, finally leaving outside for a couple of days until ready to plant out. Repeat every three weeks for dwarf beans to get successional crops. You may only need a couple of sowings for climbing beans as they will take a little longer to start producing but will flower over a much longer period of time..

Beans need to be planted in a sheltered, sunny spot in rich but well drained soil. Adding plenty of rotted manure or compost before planting and mulching after planting will benefit them enormously. Climbing beans will need wigwams, trellis or canes to grow up. Plant 10 cm apart, water well. Continue to water until they are established but then only during dry spells. Once the beans arrive (late June or July) you will need to pick at least every other day to keep them flowering for as long as possible. Beans should be shiny and the beans not showing in the pod for optimum tenderness. Dwarf beans will often give you a second crop later in the season.